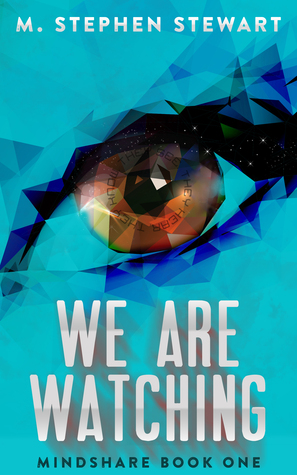 I received this eBook as a part of a book tour, hosted by XPresso Book Tours. 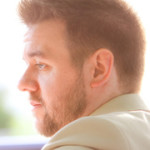 M. Stephen Stewart is a graduate of Indiana University with a Bachelor’s Degree in Journalism. He makes his home in Indianapolis with his wife and two dogs. In his spare time, Matt is an avid sports fan, gamer, and reader, who loves to connect with new people. You can usually find him around town with his wife, exercising, or in front of his computer working on a new project.

Okay, I think I am going to begin with the first piece of writing I read, from M. Stephen Stewart; the synopsis.

When I choose books to review on Bookalicious, I go through a couple of steps to make sure that, (1), my TBR pile doesn’t exceed the height of the Eureka Tower and, (2), my readers, you guys, don’t get bored with out-of-this-world content. Step One is to read the synopsis of the book. M. Stephen Stewart’s novel sounded quite unique and brilliant! I mean, more often than not, in YA dystopian novels, the protagonist is loud about the rebellious actions against the government (which gains them followers and strength).

I also check out the genre, any excerpts available and information about the author (have they written any other books that I could read?). We Are Watching was M. Stephen Stewart’s first book, so when I received a copy of it, and began reading it, I was thrown into the deep end.

I definitely do not regret requesting to review this book! I mean, when a novel opens with this quote:

“Death is impersonal and untimely.
Impersonal, because death doesn’t care who you are – death cuts through social classes, ages, races, genders, religions and all offices, important or not. Untimely, because there’s always more to do, and there’s always another reason to live.”

You’re bound to soar into a world created by an amazing author and even more brilliant characters.

Unfortunately, one of my least favourite parts of M. Stephen Stewart’s book was, in fact, the writing. The prologue was written beautifully, with minor confusions, but I felt like the actual writing component was a bit repetitive…
The {abundance} of dialogue harmonised this, though… I was very fond of the witty, intelligent and meaningful conversations between characters {no thanks to Henry, the 17-year-old know-it-all}.

This brings me to one of the other elements I thoroughly enjoyed; the development of the characters. Every single character had a valid reason for the way that they felt, for instance, Henry was frustrated and scared because of what had happened to his father, and he was curious to find out what really happened because the fear brought on doubt about the actions of the government.

The technologically-advanced-future depicted in the ‘We Are Watching Universe’ was as unique as it was interesting, and let me tell you, it was very interesting! Get rid of smartphones, people, NEX allows you to check everybody’s profiles and status updates and, get this, the NEX is implanted in your brain, so you don’t need to carry around a big bulky item. One thing that the NEX has in common with today’s technology is the fact that everybody is always on it! These types similarities (especially in human nature) throughout Henry’s world and the world we live in were just enough to make it plausible whilst keeping the thrill factor alive.

If you enjoy YA books set in dystopian worlds, with rebels and techy-awesomeness, this book is definitely for you!

Generally speaking, We Are Watching was set in a plausible world, filled with decent characters and, held within it, was a brilliant plot. Sadly, the writing ruined the experience, for me, personally, and thus, my rating is missing an ice-cream and a cherry – they ran away with the words I would have loved to see written within these pages.

Will you pick up A Conduit for Man and its predecessors, if you see them?