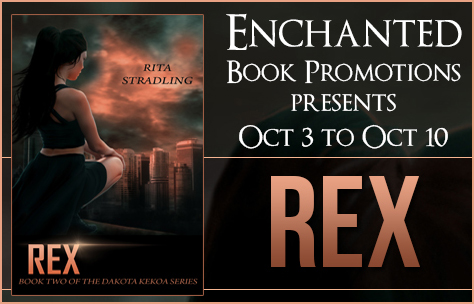 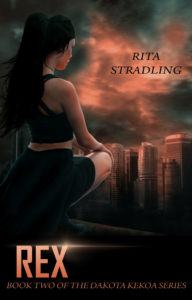 I saw Majanka, from Enchanted Book Promotions, asking for book bloggers to help the word get out about Rita Stradling’s new novel, Rex, and as soon as I had read the synopsis, I was glued – precisely why I chose to host a tour stop! I’ve invited the incredible author, Rita Stradling, to write a guest post, and at the very bottom of this post is an excerpt of Rex (which you should definitely read – it is incredible)!!

END_OF_DOCUMENT_TOKEN_TO_BE_REPLACED

November the 18th was an emotional day for Australian fangirls. Most readers have that one book (or series) that unlocked the gates to the world of books; a place in which they spend their time obsessing over fictional characters, wishing they lived in fictional lands and, of course, reading. Lots and lots of reading. In fact, it’s rare to find these people doing anything but that.

Without a doubt, these bookworms, prior to flipping this significant book’s pages, would have read before. They’d have travelled through numerous mythical lands, probably even having ridden dragons before, but I can assure you that every reader has this one book that means the world to them, and whilst Harry Potter is certainly favoured, The Hunger Games held the key -to the land of the books- for many bookworms.

Now, back to all of the emotions (did you really think that you’d get away from this?). On the 18th of November, The Hunger Games: Mockingjay Part 2 was released to the public in Australia, beckoning the very end of the Hunger Games era, for this is the final book-to-movie adaptation of Suzanne Collins beloved trilogy.

It comes as no surprise to us, of course. We all knew the day would eventually come. We’d been preparing our tissues since 2008- when Collins released the first book in the adventurous, awe-inspiring series.

I was personally thrilled with the result of Francis Lawrence’s work on the movies, particularly Mockingjay Part 2. It stayed true to the words written on the 392 adored pages, perfectly conveying every ounce of emotion weaved in between the 100,269 words. I’d like to applaud Jennifer Lawrence on her admirable portrayal of Katniss Everdeen- notably in the Buttercup scene (yes, the one in which you could hear the entire audience stifling their tears, that’s the one). Joshua Hutcherson and Liam Hemsworth on their outstanding imitation of the lover-boys and Willow Shields on her small but all-the-more mighty performance as Prim, the  adorable little sister.

Suzanne Collins is tying off the world of Panem with a bow, too. She understands as well as we do that the end is the end, and that is final. Here are her last official words on the Hunger Games series and franchise:

Having spent the last decade in Panem, it’s time to move on to other lands. But before I do, I’d like to say a tremendous thank you to everyone associated with the film franchise. I’m thrilled with how this quartet of films, which I find both faithful to the books and innovative in its own right, has been brought to life on the screen.

In an earlier letter I credited director Gary Ross for his wonderful rendering of the first book, but now I turn to Francis Lawrence who has so amazingly helmed the rest of the franchise.  Creating three big budget films in three years, that’s a feat in itself. But I doubt many could do it with his incredible visual style, edge-of-your-seat action sequences, and hardcore commitment to difficult themes. Thank you, Francis, for showing up, for staying, for always hearing me out, for your unfailing good nature, and for bringing your remarkable talent to these films.

Billy Ray, Gary Ross, Simon Beaufoy, Michael Arndt, Danny Strong and Peter Craig, gifted writers all, thank you for sharing your pens, brains, and wealth of experience as we transformed three books into four scripts. A screenplay is a very different animal than a novel, and it was a pleasure and an education to work with you and watch you weave your magic.

There’s no Hunger Games without Katniss. I hoped for someone good enough, and I got someone who exceeded all my expectations. Jennifer Lawrence, your emotional depth, luminous presence, and sheer power carry this story and I will always be grateful to you for opening the door and allowing it to come into your life. And for the rest of the cast, if I had a chance, who would I replace in these films? No one. I don’t think there’s a weak link in the chain, and what an exquisite chain it is. I still can’t believe half of you came on board. You blow me away with your ability to bring out the humanity of these characters from under outlandish wigs, while fighting lizard mutts, pumped with tracker jacker serum, waging war and so much more. Thank you for volunteering for the Games and inhabiting these characters with such texture, color, humor and pain.

Much thanks to our masterful Production Designer Phil Messina and the many top-notch designers who signed on. It has been a delight to watch you fashion and expand the world of Panem, whether by hand-crafted or computer-based means. From the excess of the Capitol to the claustrophobic hive of District 13 to the violent scenes of civil war, you have taken the ball and run with it in fabulously detailed and thoughtful ways, grounding the fantastical, and fusing disparate elements into a cohesive reality. And to composer James Newton Howard for his moving and evocative scoring of the franchise, which so hauntingly reflects the heart of the story.

For my producers, Nina Jacobson of Color Force, who was there from the beginning, and Jon Kilik, who joined us soon after, thank you both for bringing your dedication, energy, and many talents to this huge project. I can’t emphasize enough how grateful I am to you and the excellent team at Lionsgate for protecting the work, for not swerving away from the harder moments, and for allowing the themes and narrative of the books to play out as originally conceived. And sincere appreciation to Tim Palen for his brilliant marketing campaign, Julie Fontaine for her stellar PR, and the entire gang at Lionsgate for tirelessly presenting the franchise to a global audience.

Thousands of people have worked on these films in a myriad of ways, prepping, shooting, in post production, and promotion. Please, anybody seeing them, take a few moments to watch the credits and acknowledge the enormous collaborative effort that goes into making a franchise.

For me, The Hunger Games Trilogy is part of a larger goal to introduce the ideas of just war theory to young audiences, but how much wider and more varied an audience came with the films, and the credit for that goes to all of you who contributed so much to this project.

Finally, to all the readers and viewers who have accompanied Katniss on her journey, thank you for playing a role in The Hunger Games, you are truly a vital part of the experience.

May the odds be ever in your favour!