First of all, I’m writing this review five minutes after having read the book, so if, when reading, it feels like every word has been written with overwhelming amounts of emotion, you’re right! 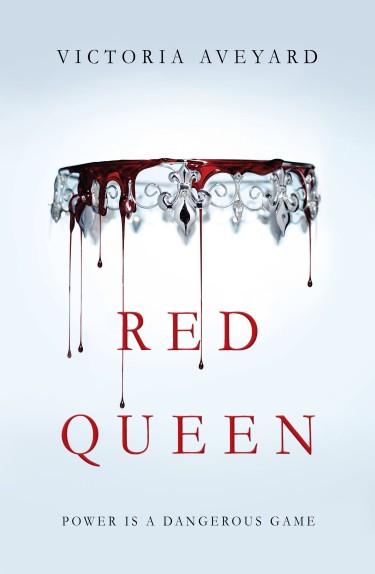 The poverty stricken Reds are commoners, living under the rule of the Silvers, elite warriors with god-like powers.

To Mare Barrow, a 17-year-old Red girl from The Stilts, it looks like nothing will ever change.

Mare finds herself working in the Silver Palace, at the centre of
those she hates the most. She quickly discovers that, despite her red blood, she possesses a deadly power of her own. One that threatens to destroy Silver control.
But power is a dangerous game. And in this world divided by blood, who will win?

Recently, it seems as if every reader on the internet has read Red Queen, because of the amount of hype it has received, and along with that, the praise.

At first, I thought that this book was going to be a fantasy-themed-story, with hints of royal blood here and there. I wasn’t exactly expecting what came, but I won’t hesitate to say that I’m not happy with it.

Red Queen was a sad book, full of betrayal and plot twists hiding around every corner. It’s one of those books that have to be physically pulled out of your hands to stop you from reading, and I loved it for that, however, the amount of plot twists was crazy!

Throughout the novel, I found it hard to know which characters to trust. Little hints were given by Victoria, trying to make you think that a certain character was not to be feared, but, as a reader, I disregarded them and kept going until I got to yet another plot twist that incorporated every hint and created a story which said, quite blatantly: IT WAS A BAD IDEA TO TRUST THAT CHARACTER!

I thought that the plot was quite unique, despite the fact that it reminded me of Divergent more than once, and Victoria’s execution was brilliant. The creation of the characters was, however, just above average, as I believed that – while they were fantastic – they took the default personalities of dystopian characters {e.g. Prince Charming, female character that wants change, male friend who goes a bit beyond what she wants, nice turned evil guy and psychotic step mother}.

**MINOR SPOILER** In saying this, I did enjoy Farley, as a character. She was the leader of a very big rebellion, but she was still human. Still afraid of what may come her way.**END OF SPOILER**

One part of Red Queen that I absolutely loved was the fact that the protagonist, Mare Barrow, felt like she didn’t really fit into her Red community, or her family. She was always independent, and didn’t rely on the help of her companions – however helpful they may have been.

In conclusion, I thought that Red Queen, despite a limited number of flaws, was a fabulous book and deserves to be put on my “Sweetest Books” list.

Have you heard of or read Red Queen? What do you think of the cover design?